During the excavation of the restaurant, which is pretty much over at this point, I'd been hoping to unearth something unexpected and historic from its depths. A bottle cap, perhaps.

At the site today, one of the guys found something quite unexpected. An absolutely pristine and intact soda bottle. It was recovered from some work being done around an exterior wall. I washed it off the best I could  and snapped the pictures below.

After a little research, I found out that the Tru-Ade brand made a popular pasteurized fruit drink called Orangeade, among others. And according to the bottle, it was made right here in Charlotte, although the only research I could find indicated it was made in Tennessee and Washington, DC.

In any case, it is the dating that is most fascinating. On line, I found a bottle dated from 1941 that looks exactly like this one. The Drum restaurant wasn't built until 1948. So it is very possible that the bottle we found today predates even the original Drum restaurant. That, or it was served, enjoyed and discarded at the original Drum. Pretty damn cool.


Tru Ade went out of business in the mid 70's but has been revived as recently as 2011 and is available in pockets of North and South Carolina.


(NOTE: Orangeade is a local beverage beloved by Charlotteans for millennia, made most famously back in the 40's and 50's by Wad Smith at his place, Wad's - right down the street from JJ's. Wad also opened the original Drum restaurant, which will now be JJ's Red Hots.)

As it happens, we will be serving freshly made orangeade at JJ's. All of the above info is completely coincidental to this fact, as Milly Asbury (Thanks Milly!) convinced me to serve orangeade well before we found all of this out. Freaky. 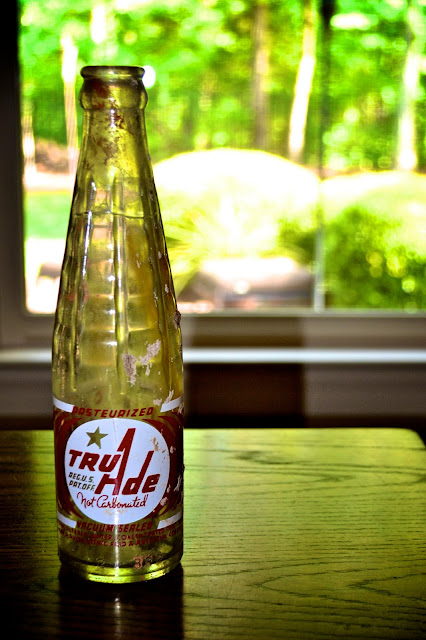 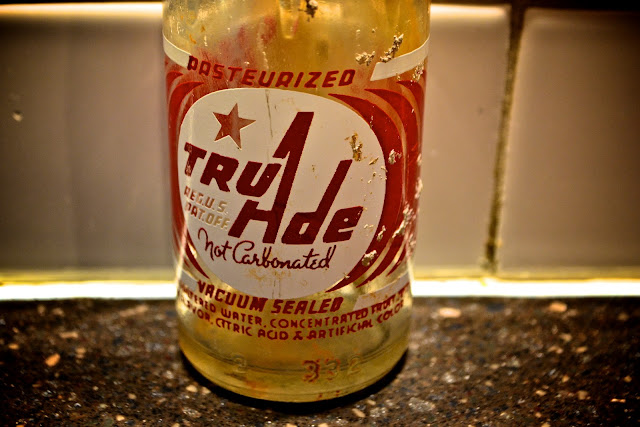 Check out the art deco "alligator" style relief on the neck of the bottle. Old School. 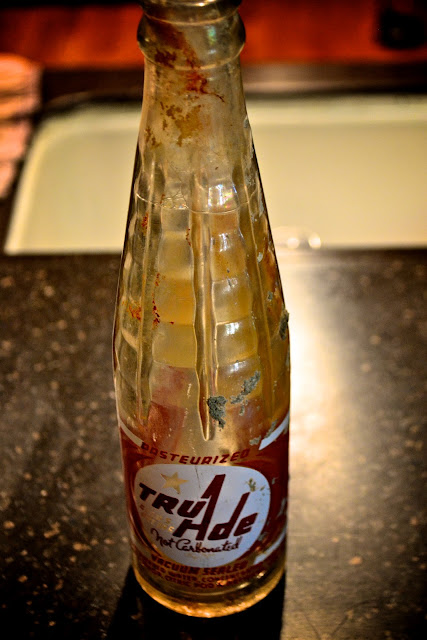 Close up of the killer logo. 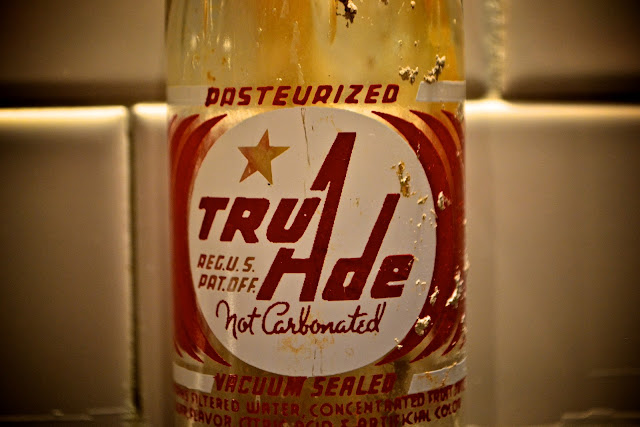