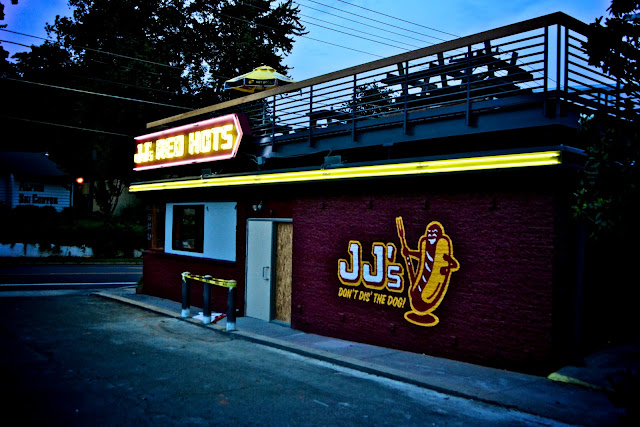 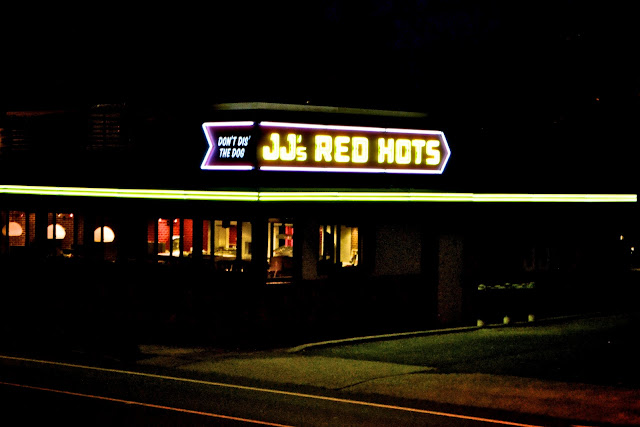 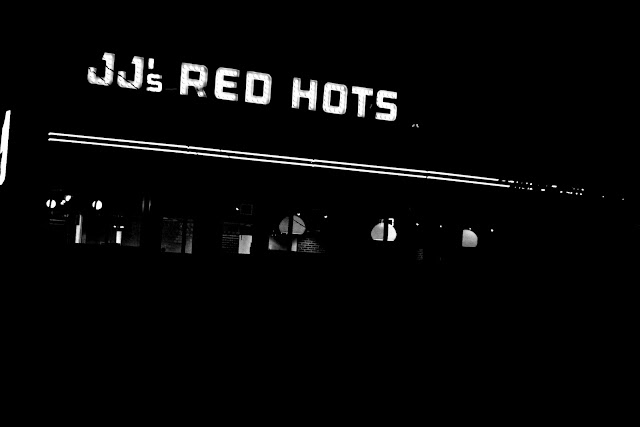 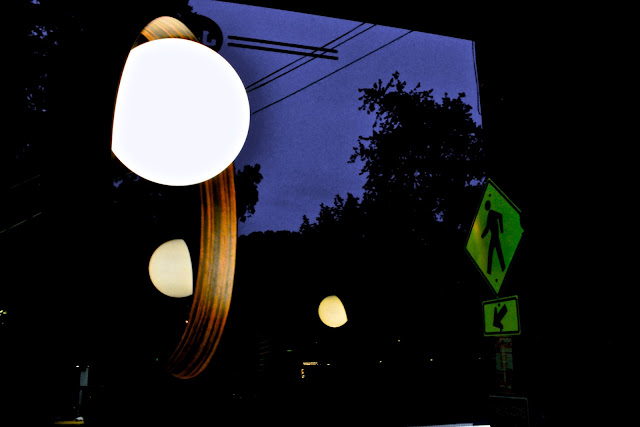 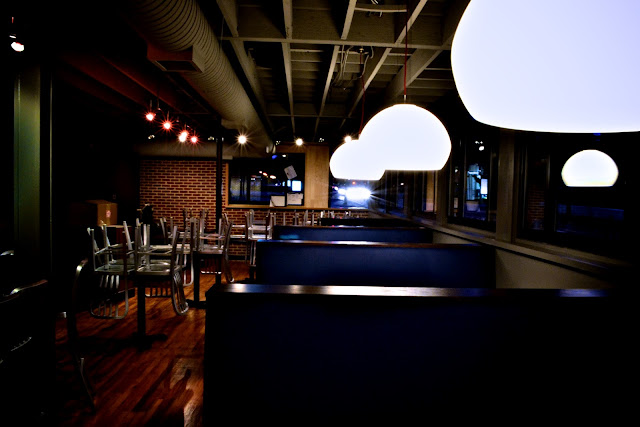 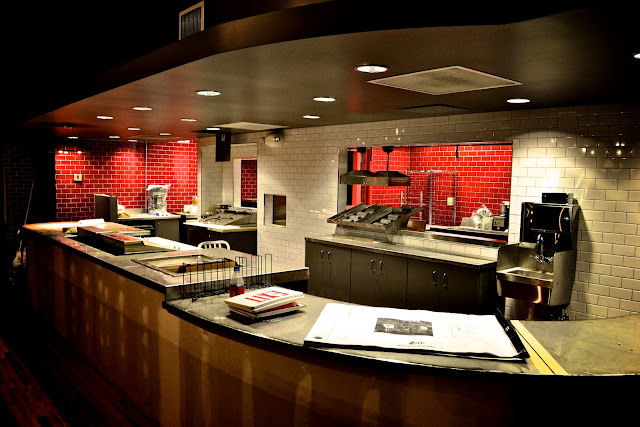 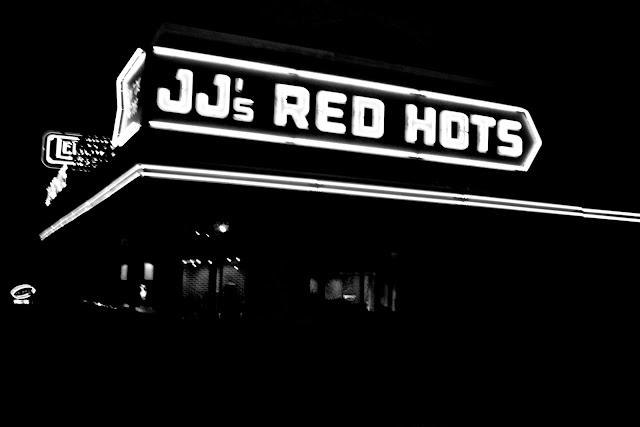 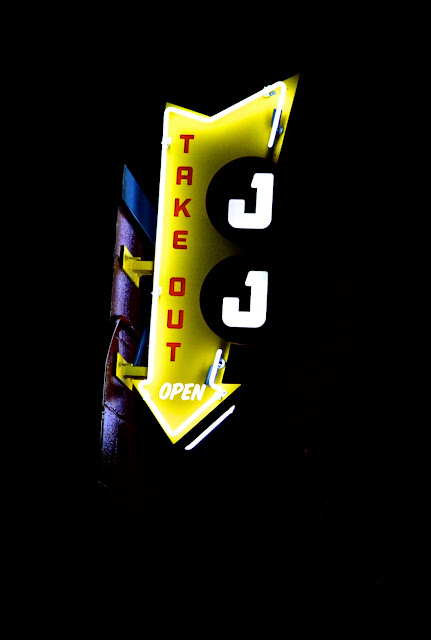 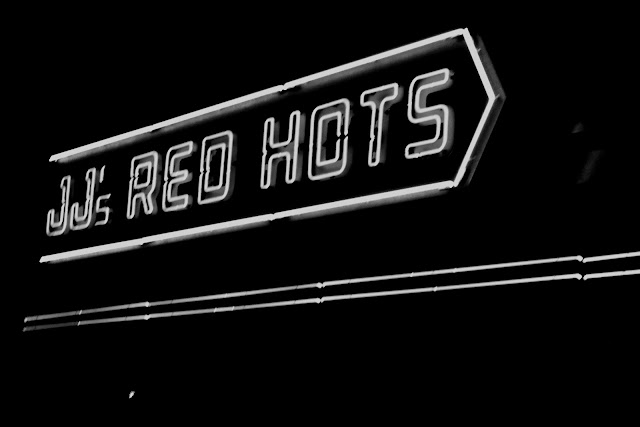 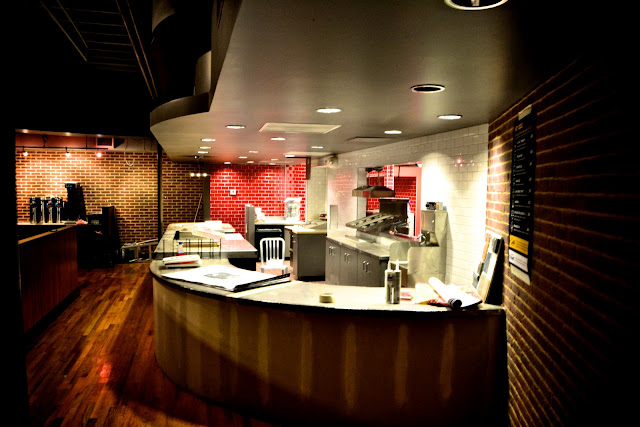 Posted by Jonathan Luther No comments:
Email ThisBlogThis!Share to TwitterShare to FacebookShare to Pinterest

Matt Ludwig is one of my closest friends, and also one of my oldest. I met him in 1979. As two youths growing up in Cherry Hill, NJ, we were linked alphabetically in 7th grade homeroom where we sat near each other and heaped abuse on our cranky shrew of a homeroom teacher Mrs. Harwood. Matt is a quiet dude, but he's a funny son of a bitch. We got along well and remained friends. I even married his sisters best friend. We are practically family.

Turns out, he's also a pretty talented craftsman and welder. For the most part, these talents emerged out of necessity, as he needed to protect his vintage Mustang from the crackheads in Federal Hill, Baltimore. So he picked up a welder, taught himself how to weld and built a large medieval iron gate in front of his driveway with large gothic spears on the top. I secretly believe it was his wish to wake up and find skewered crackheads on his gate one day. To my knowledge, he never did. He also built countertops and furniture for his home. People quickly began to notice and thus, his metal business was born. I remember being flabbergasted at his first few pieces. They were meticulously built, industrially sound and incredibly elegant hunks of glass, metal, gears, and other found objects. He grew his business one piece at a time,  and now has more work than he can handle, creating pieces for local businesses, architects and Under Armor, headquartered in Baltimore. (More of Matt's work can be found on his website here: www.ludwigmetals.com)

Of course, when we began to build JJ's, I immediately began to earmark places for him to put his work. Given the history of the building, we settled on a drum fixture for the center of the restaurant to pay tribute to the former restaurant on the site, The Drum. Last weekend, he drove the fixture down from Baltimore and we installed it with my neighbor, Chris Jewell. (also quite a craftsman) I just stood there watching.

Here is a look at how it progressed from the first sketches I made in January. To say I am grateful is an understatement. I am very proud to showcase his work in the restaurant and I hope our customers enjoy this piece as much as we do. Thanks, Matt. 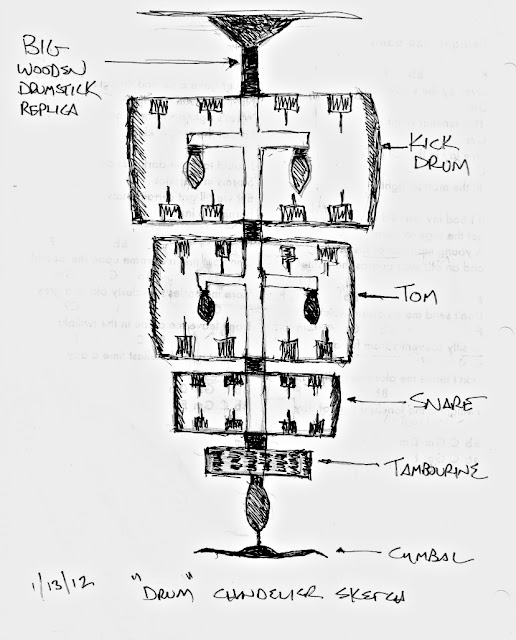 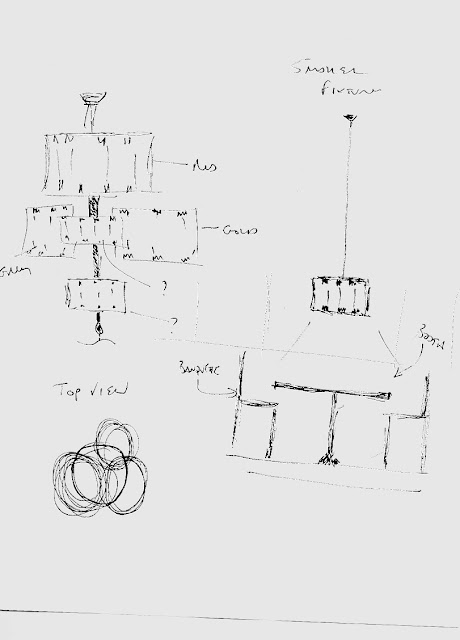 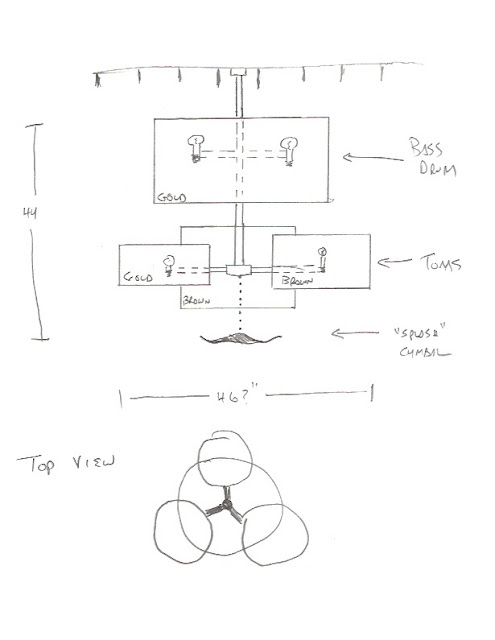 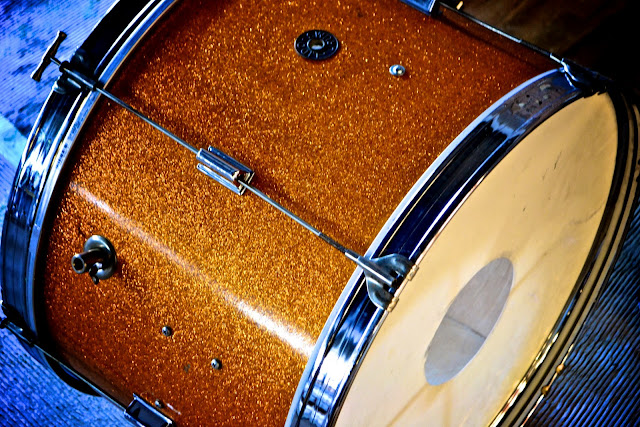 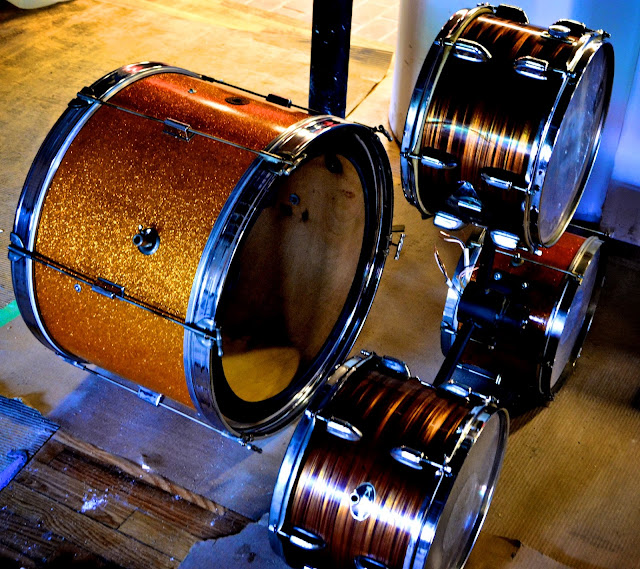 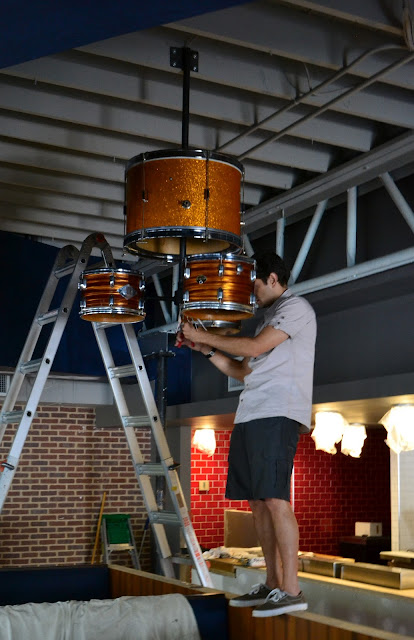 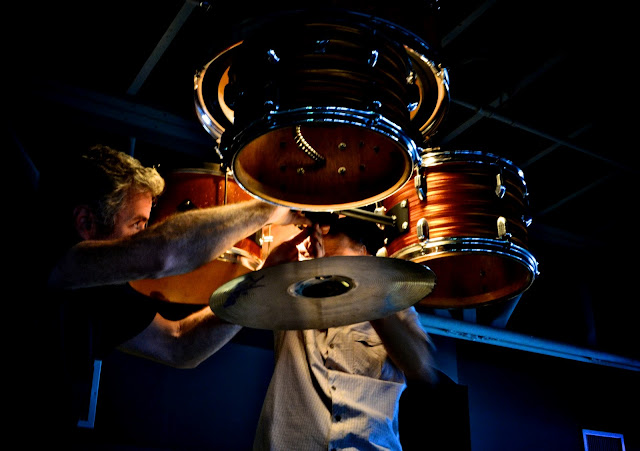 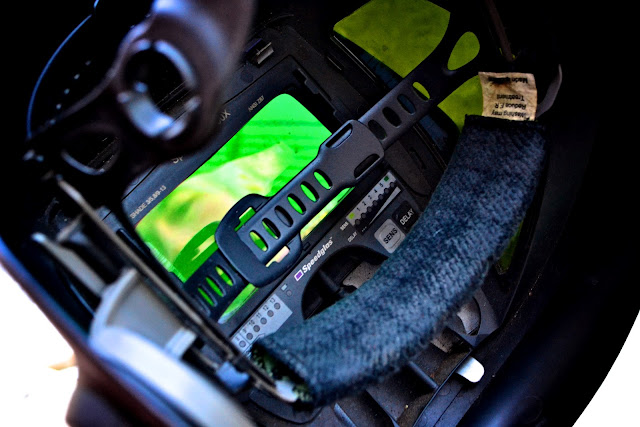 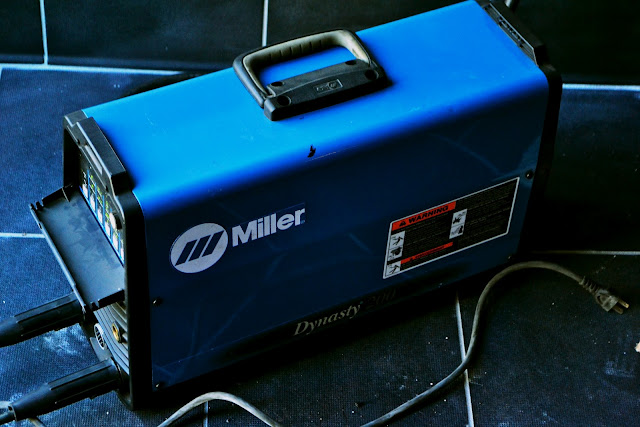 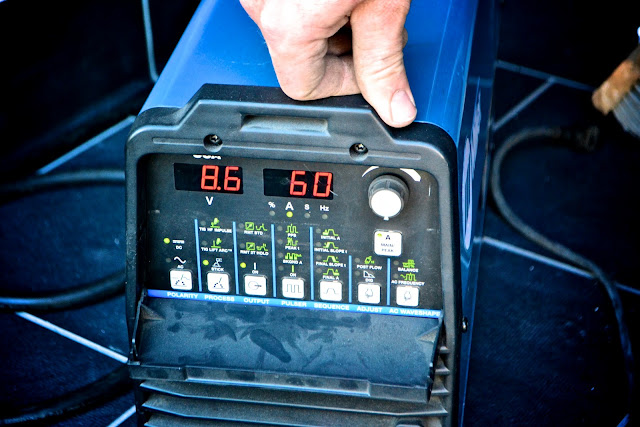 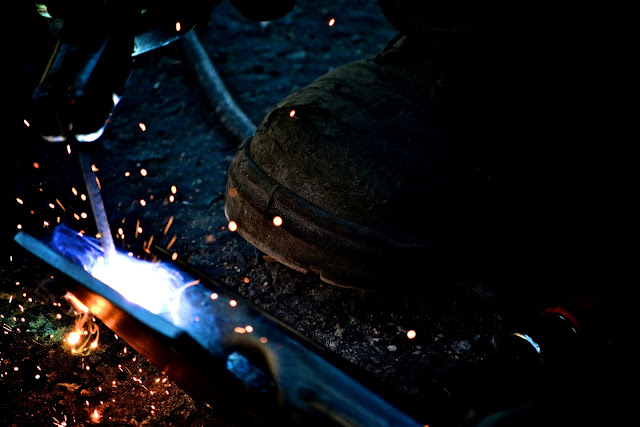 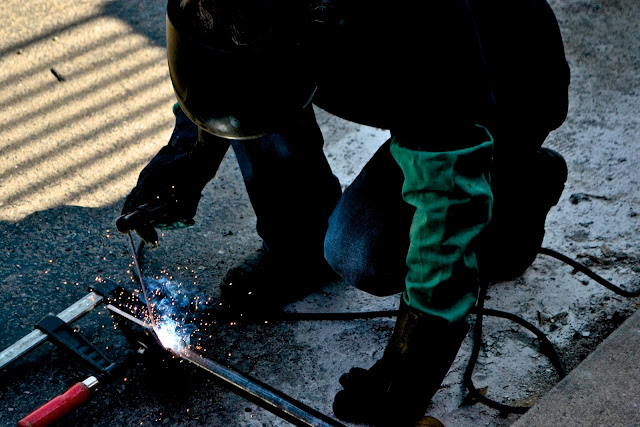 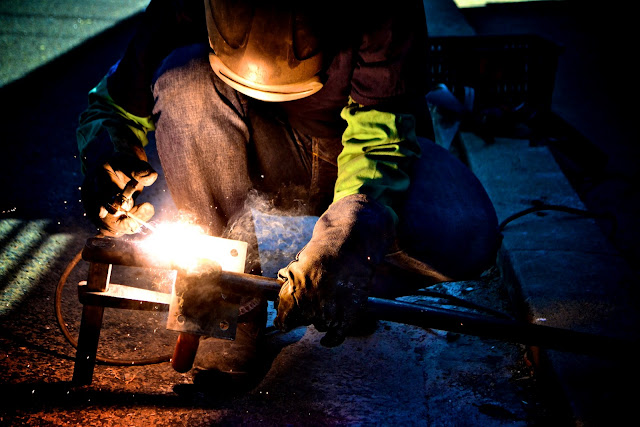 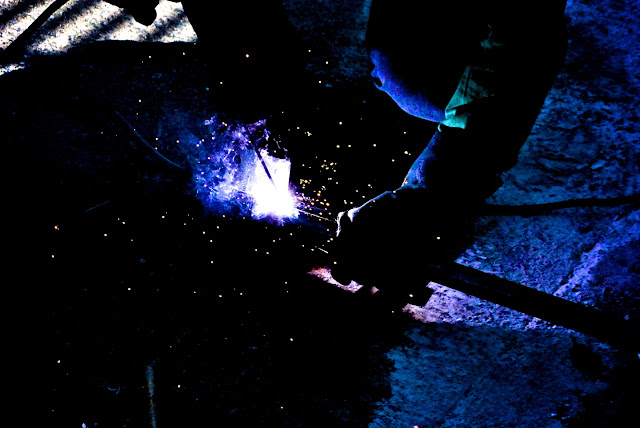 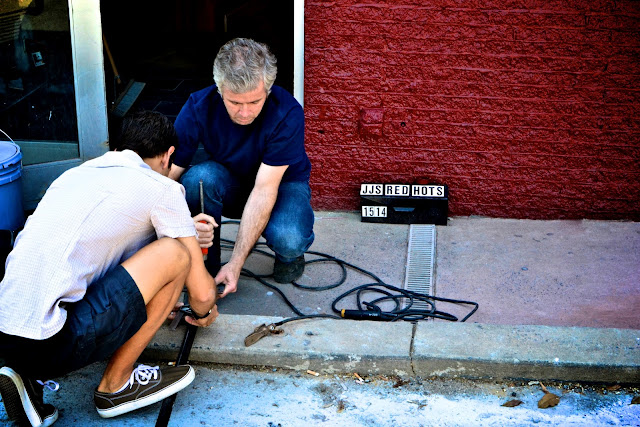 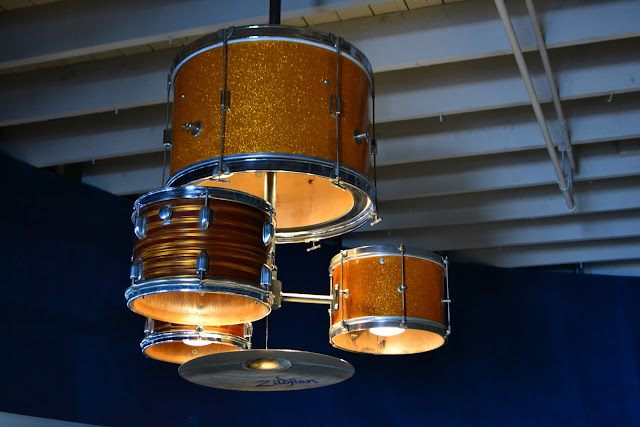