Was out in Los Angeles yesterday for a whirlwind tour of a bunch of restaurants. Led by Bob Spivak, CEO of The Daily Grill (and a great friend of the family and mentor) and Jon Luther Sr. and I went to his new fast casual concept, Take A Bao - a concept based on Asian steamed buns. To say the least, I was inspired by the exciting design and execution. And the food was as good as any fast casual concept I have visited. Check out pictures below and pictures of the food here: www.takeabao.com/pics.php

Also went to another one of his new concepts, a lo-fi version of the Daily Grill called Public School 612 - which has some very neat design and experiential details as you will see. www.publicschool612.com

Also on the tour was a new offshoot of the Umami Burger Group called "Umami-catessen". Urban LA cool serving a multitude of swine and beer offerings. Of note is the safety glass they used on the sneeze guards. This would work well at JJ's.

Finally, we visited with Tyler Wilson, owner of Wurstkuche - a hip sausage and beer joint in downtown LA. The were saving 15 or 20 different sausages - no hot dogs - featuring italian, cajun and german specialties and also exotics like rabbit and jalepeno and rattlesnake. They also served a number of different micros on draft. The microbrew trend is indeed alive and well in Los Angeles.  (www.wurstkuche.com) 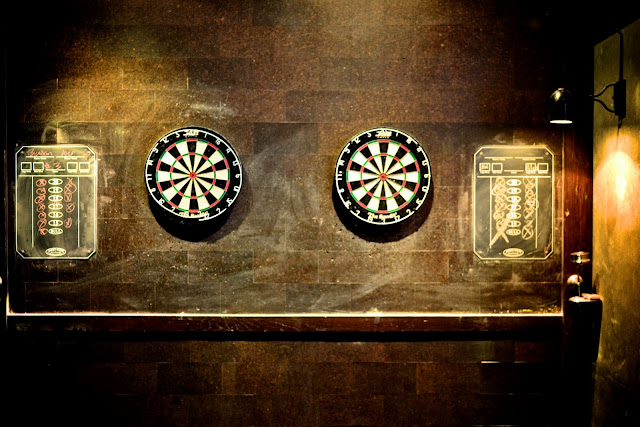 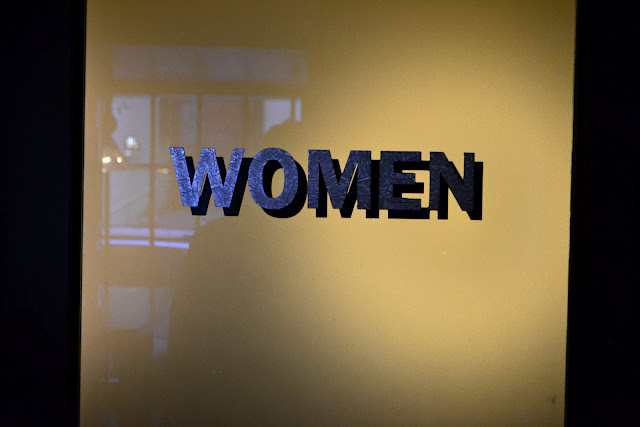 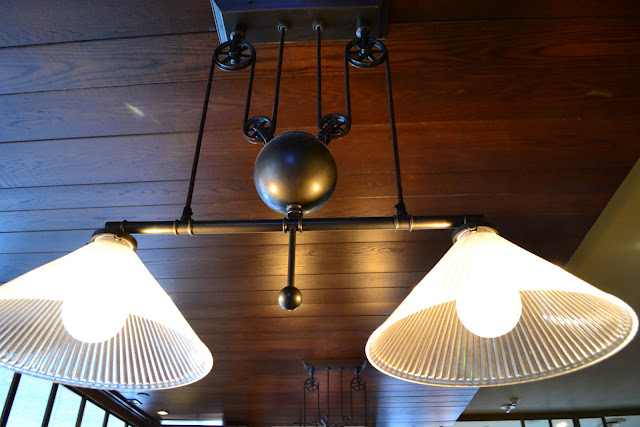 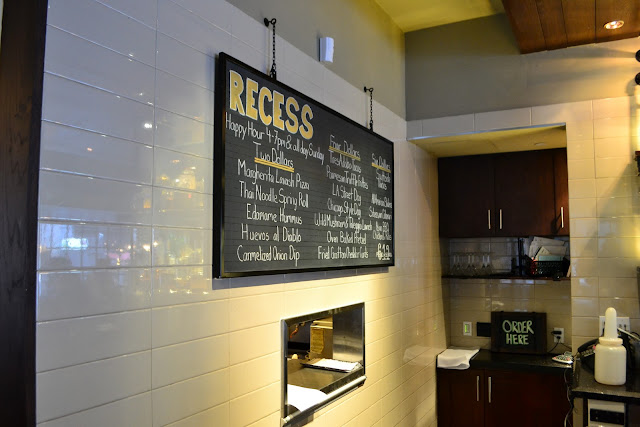 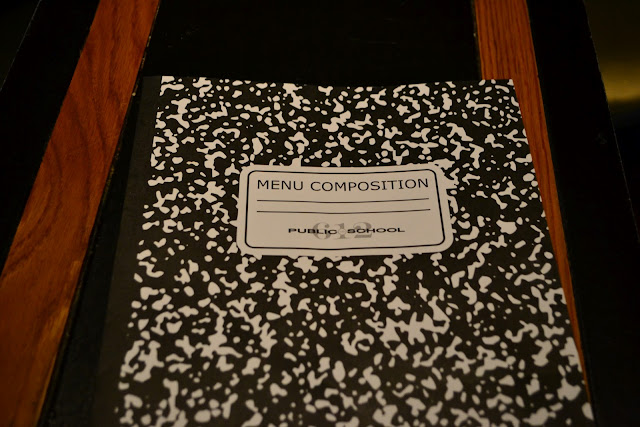 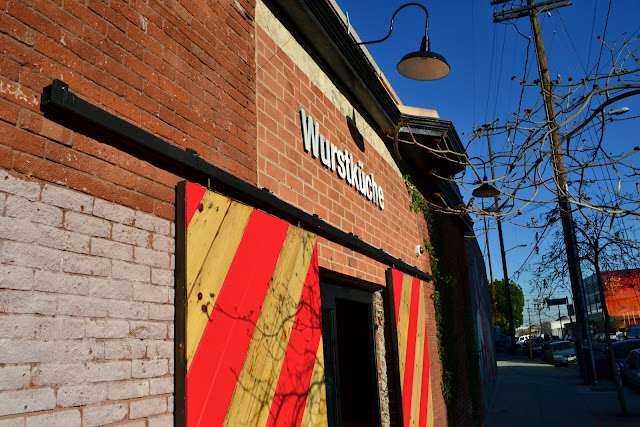 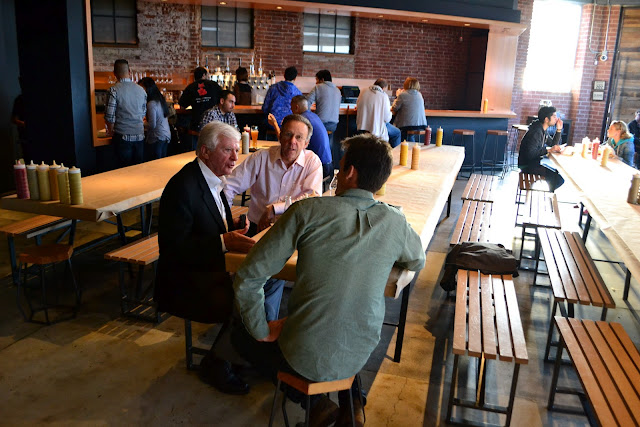 Table numbers from Wurstkuche. Reflective decals on painted steel. and they nest together well 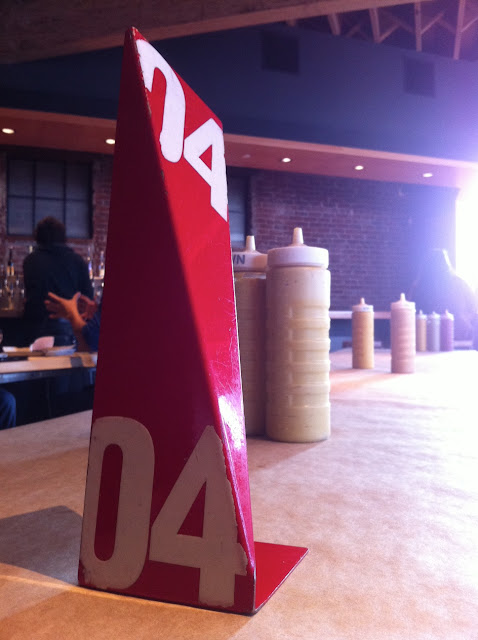 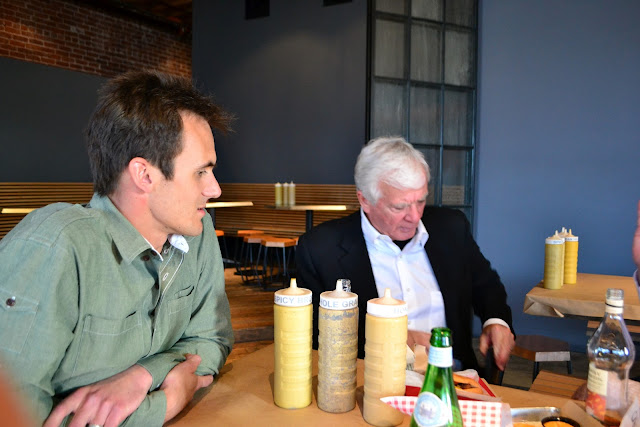 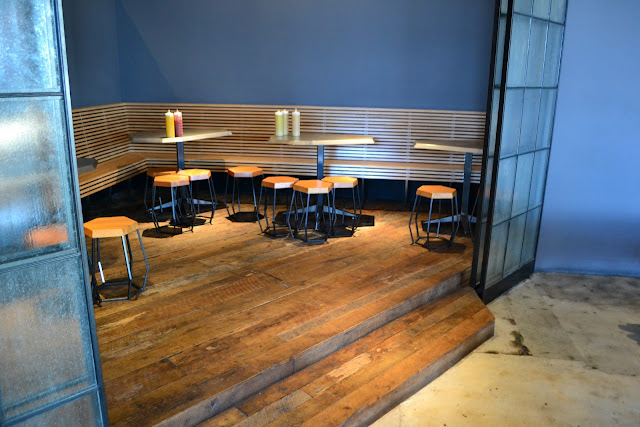 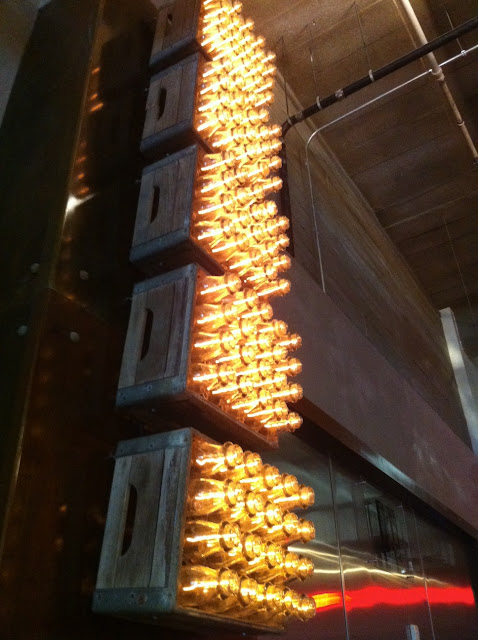 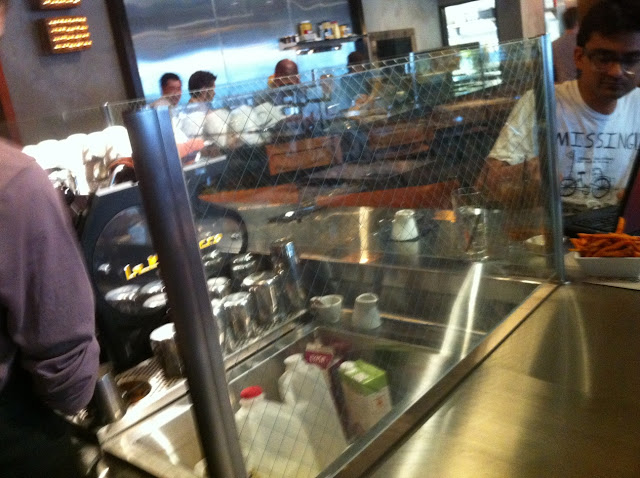 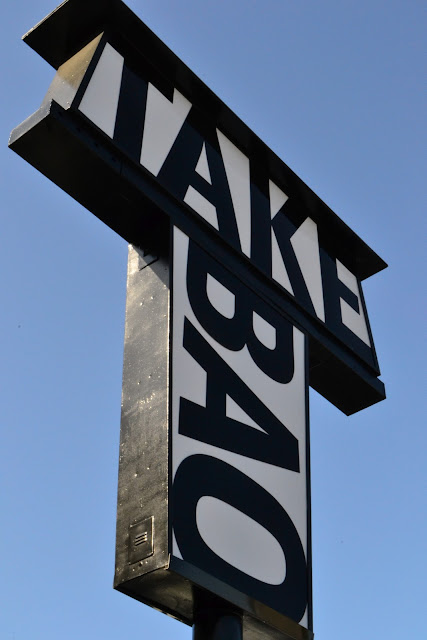 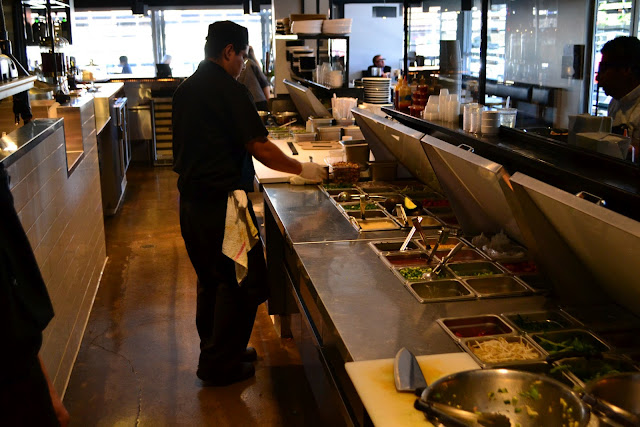 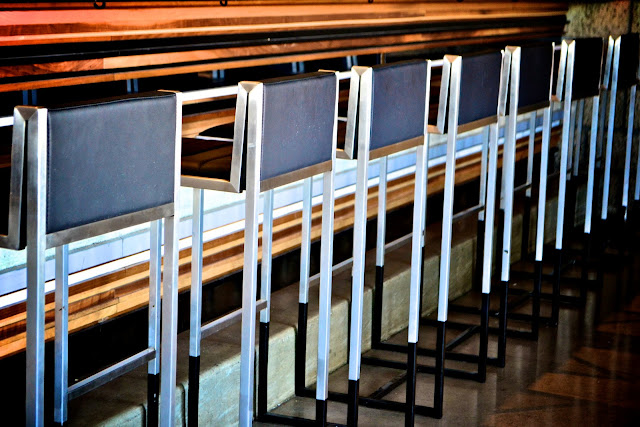 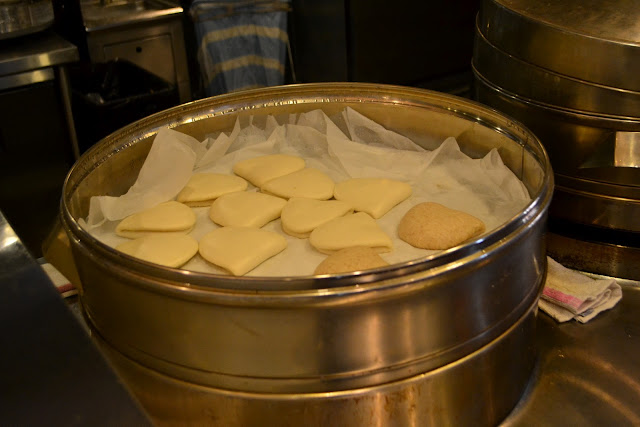 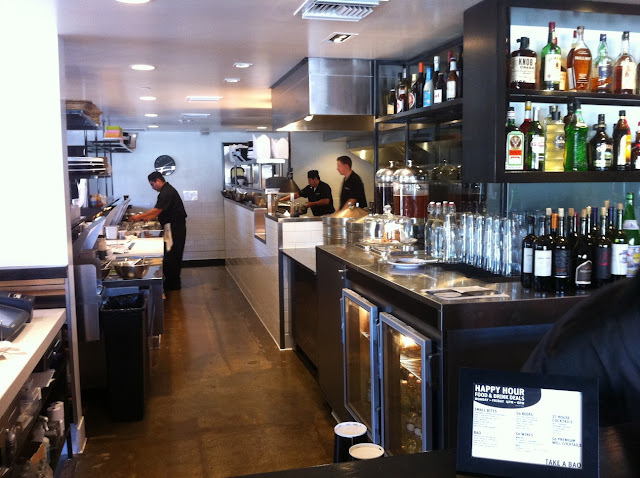 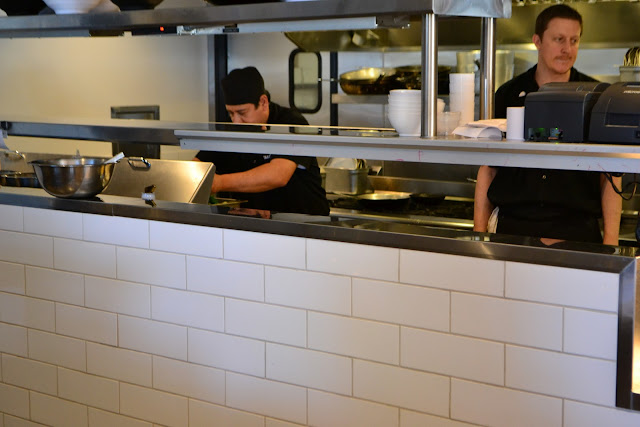 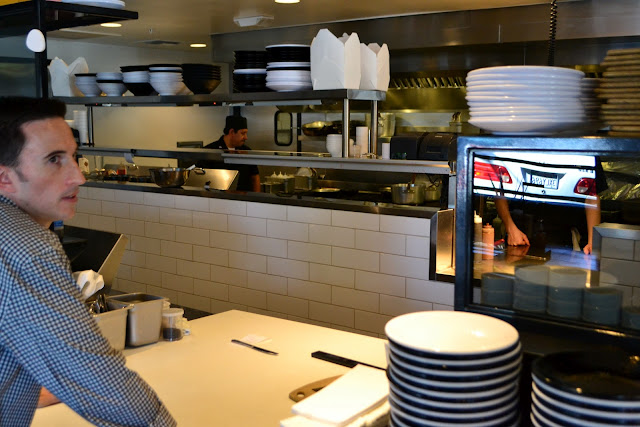 Facade: (Could do something similar on roof deck) 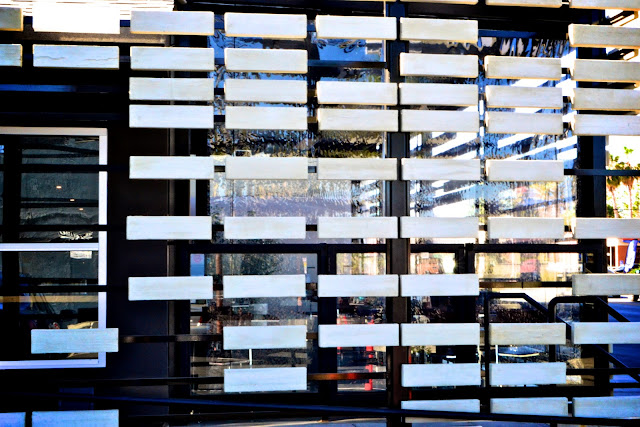 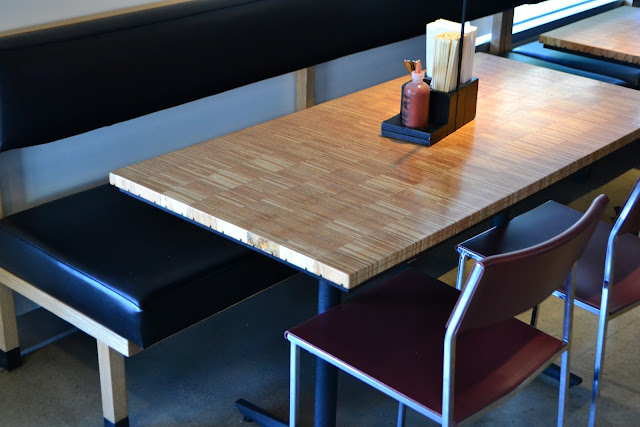 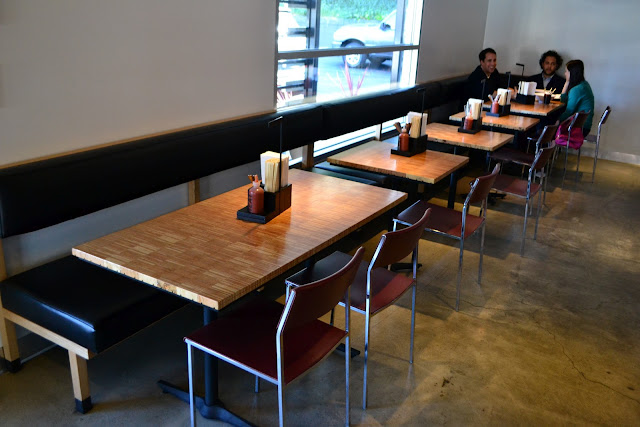 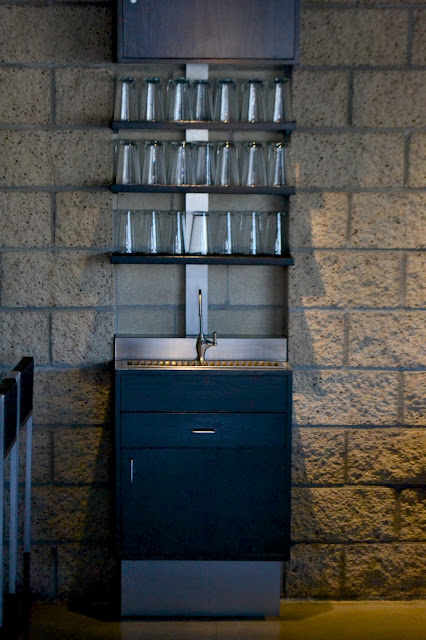