Our primary hot dog and sausage vendor, Sahlen's (Buffalo, NY) has been trying to create support and distribution for their clients here in Charlotte for the past two years. They tote this rig to events around town, hand out coupons for area restaurants serving their products and, in this case, sell hot dogs on corner of Trade St. and West Matthews St. near downtown Matthews.

I was there picking up samples of product. They also have branded gear and accessories, (umbrellas, branded napkins, that sort of thing) that might make sense to integrate into JJ's where sensible. They have been great to work with so far, and during construction, I'm going to have them set up the rig in the parking lot to feed the tradesmen on the job. -JL 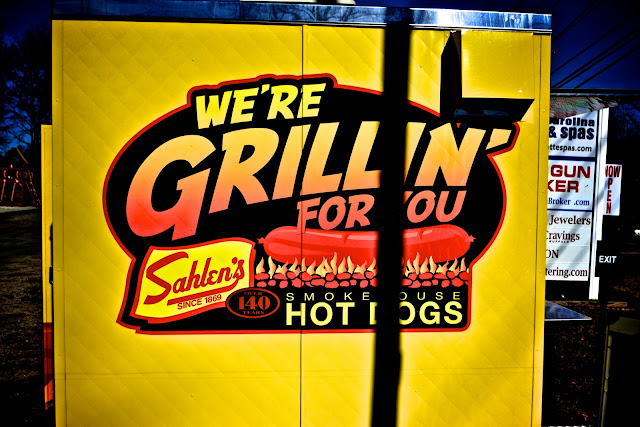